Allergic and Toxic Reactions to Seafood

Seafood allergy occurs most commonly where seafood is an important part of the diet, such as in Asia and Scandinavia. Some conditions caused by toxins or parasites in seafood can resemble allergic reactions to seafood.

Seafood allergy is not rare

Whilst figures vary from country to country, approximately 1% of the population is estimated to suffer from seafood allergy. It is more common in teenage and adult life than very early childhood. About 20% will grow out of their allergy with time.

Many allergic reactions to seafood are mild and cause hives (urticaria), tingling of the throat and mouth, swelling (angioedema) and/or gut reactions (vomiting, diarrhoea).

The most dangerous symptoms are breathing difficulties or collapse, caused by a drop in blood pressure (shock), either of which can be life threatening. This is known as anaphylaxis, a severe allergic reaction.

Occasionally, breathing difficulties may occur from inhaling fumes when seafood is being cooked, and in seafood processing factories. Children with a history of asthma may be more likely to have severe allergic reactions to seafood.

The major groups of seafood that can trigger allergic reactions are:

Allergies may occur to one or many foods

Even though fish and shellfish live in the same place, the protein allergens present in one seafood group are generally considered to be very different to those in others. That means that one can be allergic to fish only, shellfish only or members of both groups. People who are allergic to one fish are usually (but not always) allergic to most other fish. Similarly, allergy to one crustacean usually means that all must be avoided. While those allergic to seafood from one group (e.g. crustaceans) can usually tolerate those from another (e.g. molluscs), this cannot be guaranteed without specific allergy testing. Similarly, people allergic to crustaceans may also be allergic to edible insects such as crickets (that may be used as cricket flour in baked goods).

Cross reactivity can be difficult to predict without testing

Seafood allergens are usually very heat stable and cannot easily be destroyed through cooking, although occasional individuals seem to tolerate tinned fish (intensely heat treated), yet are unable to tolerate the same fish freshly cooked. Do not try tinned fish unless advised by your allergy specialist.

Exposure may occur via multiple routes

While eating the food is the major trigger for allergic reactions, some sensitive individuals may react to the fumes when seafood is being cooked, and occasionally from touch, such as when cleaning and handling fish or even “injected”, such as penetration of the skin from fish hooks. Occupational asthma and contact rashes can also be a problem where exposure is frequent, such as in seafood processing factories, or in some food handlers such as chefs.

Allergic symptoms after contact with seafood are usually within minutes, however, delayed type reactions and particularly exercise-induced anaphylaxis is occasionally observed, particularly after ingestion of shellfish (such as oyster, abalone, squid and shrimp).

Avoiding seafood groups is an important part of management

Complete avoidance of one or more groups of seafood is often advised, yet this can be difficult. Accidental exposure is more likely to occur when eating away from home, particularly when eating at seafood restaurants.

Other potential sources of accidental exposure and cross-contamination include:

Immunotherapy to “switch off” food allergy is not currently available, although this is an active area of research.

People allergic to seafood have allergic reactions to proteins present in the animal, not to iodine, which may be present as well. People who are allergic to seafood are not at an increased risk of allergic reactions to iodine (e.g. topical antiseptics such as Betadine or Povidine or intravenous x-ray radio-contrast agents). Conversely, people with iodine allergy are not at increased risk of seafood allergy.

Glucosamine is derived from shellfish

Glucosamine is a popular complementary medicine, used to treat osteoarthritis, which is derived from the outer coatings of shellfish such as crustaceans. Sometimes chondroitin sulphate is added, usually derived from shark cartilage. While people allergic to shellfish are sensitive to protein and not shell constituents, tests to exclude protein contamination are not routinely performed and there is little proof of safety in people with shellfish allergy, although challenge studies of small numbers of patients have demonstrated tolerance. Products registered in Australia and New Zealand carry labels warning against their use in people allergic to shellfish/crustaceans. This risk is considered to be very low. Nonetheless, “vegetarian” glucosamine is available which does not contain seafood allergen as it is produced in bacteria cultures.

Your doctor will normally ask a series of questions that may help to narrow down the list of likely causes of allergy such as foods or medicines consumed that day, or exposure to stinging insects. This approach will also help to exclude conditions that can sometimes be confused with food allergy. Skin or blood allergen specific IgE allergy tests help confirm or exclude potential triggers. While the results of allergy testing are a guide to whether the person is allergic, results are not a reliable guide to whether the reaction will be mild or severe. It is also important to be aware that it may not be possible to test for all seafood species using commercial skin prick or blood allergy testing, since these are not available for all seafood species. For this reason, some allergy clinics will recommend that you bring samples of fresh food for testing.

Food allergy does not usually run in families

Most of the time, children with food allergy do not have parents with food allergy. However, if a family has one child with food allergy, their brothers and sisters are at a slightly higher risk of having food allergy themselves, although that risk is still relatively low. Some parents want to have their other children screened for food allergy. If the test is negative, that may be reassuring, but does not mean that the other child will never develop an allergy later. If their screening test is positive, it is not always clear whether it definitely represents allergy, or whether the sensitisation detected by the test is clinically irrelevant. The term "false positive" is sometimes used to describe this.

It is important to know that a positive skin or blood allergy test means that the body's immune system has produced a response to a food, but sometimes these are false positives. In other words, the test may be positive yet the person can actually eat the food without a problem. For that reason, it is important to eventually confirm the significance of a positive allergy test (in some circumstances) with a deliberate supervised food challenge. In a child with a positive test of uncertain meaning, this is often done around school age under medical supervision. Interpretation of test results and a decision whether or not a food challenge should be undertaken will usually be made after discussion with a medical specialist (Allergist / Clinical Immunologist).

There are several methods of unorthodox so-called ‘tests for food allergy’. Examples include cytotoxic food testing, Vega testing, kinesiology, iridology, pulse testing, Alcat testing, allergy elimination and Rinkel's intradermal skin testing. These are unreliable, have no scientific basis and have no useful role in the assessment of allergy. So if you suspect a possible food allergy, have the suspicion confirmed with a reliable test

Some conditions caused by adverse reactions to seafood can resemble allergic reactions. These include:

This is an allergy like reaction that occurs after eating fish that have been improperly refrigerated after capture. Bacteria in and on the fish break down proteins into histamine, one of the major mediators of allergic reactions. Fish with a high content of red meat, which turns brown upon cooking are commonly involved such as mackerel, tuna, king fish, herring, sardines, marlin, anchovies and bluefish. Affected fish often have a metallic or peppery taste. Symptoms usually commence within 30 minutes of eating, and include flushing, itch, hives (urticaria), nausea, vomiting, stomach cramps, dizziness, palpitations and headache. Severe episodes may result in wheezing and dizziness or a drop in blood pressure. Mild symptoms may be treated with antihistamines. If severe symptoms are experience, then urgent medical assistance should be sought. Treatment usually involves taking antihistamines although in a hospital setting, adrenaline may also be given. Scombroid poisoning can be different by the pattern of symptoms and the absence of reactions with skin or blood allergy testing.

This is a nematode (worm) that is a fish parasite. It is found in most parts of the world and also in Australia [see reference below]. Cooking at temperatures above 60oC or storage in industrial freezers for 2 days is required to kill the parasite. Fish that has been left for 48 hours or longer since being frozen should be discarded. Anasakis can cause two major problems in humans:

Ciguatera poisoning is caused by eating seafood that has been contaminated by algae-derived toxins. Ciguatera toxins are only present in fish, particularly large reef fish in the tropics. By contrast, paralytic shellfish poisoning and diarrhoetic shellfish poisoning is caused by shellfish contaminated with microorganisms (i.e. algae producing toxins), in particular mussels and oysters. These toxins or poisons interfere with the function of nerve endings. Symptoms occur within 2 to 3 hours of eating contaminated food, and consist of tingling of the lips, tongue and throat, often followed by stomach upset, headache, fever, muscle aches and pains and in the case of ciguatera poisoning, sometimes changes in blood pressure and heart rhythm. Numbness, collapse, coma and confusion have also been described. Most people recover within a few days or weeks with supportive treatment.

Metabisulfite preservative can sometimes be used to stop crustaceans (such as prawns) from discolouring. Reactions to this preservative (also used in wine, beer and some dried fruit as a preservative) include wheezing/tight chest (more common in those with asthma), stomach irritation (e.g. nausea, pain) and very uncommonly, itch/rashes. 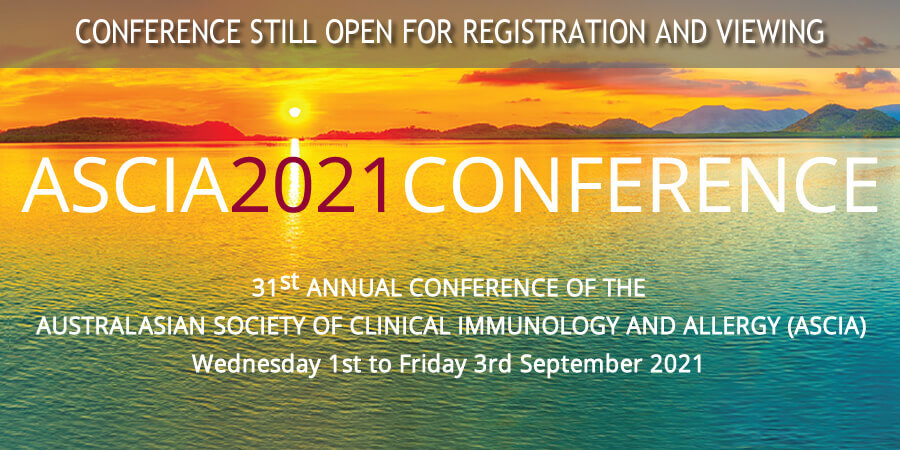