Allergic conjunctivitis usually causes mild to moderate symptoms, including redness, which respond to non-medicated treatment. However, sometimes symptoms can be extremely severe and debilitating with swelling of the eyelids, conjunctivae and a sensation of grittiness and burning. Unlike conjunctivitis that is caused by bacterial infection, allergic conjunctivitis is not contagious, so it cannot be transferred from one person to another.

Red eye is one of the most common eye problems for which people visit a doctor. A description of symptoms and an eye examination by the doctor will usually suggest the cause:

The conjunctiva is a layer of tissue which lines the front part of the eyeball (the white part of the eye) and the inside of the eyelids, but does not cover the cornea (the coloured looking part of the eye). It helps to protect the eye from insults such as smoke, bacteria and allergens in the air, as well as the damaging effects of sun and wind. The eye is also protected by the eyelids, tears and cornea.

Conjunctivitis is an inflammation of the conjunctiva of the eye, which becomes red, swollen and produces discharge, in response to these insults. It can be caused by infection by bacteria or viruses, allergy and physical or chemical irritation. Treatment depends on identifying the cause and severity of the condition.

There are several signs of allergic conjunctivitis

Typical signs and symptoms of allergic conjunctivitis include:

Eyelids may also be affected by an allergic reaction, causing the loose tissues of the lid to become swollen with subsequent drooping of the eyelid. In cases of severe swelling, the lids cannot open and the gap between the upper and lower lids becomes slit like.

It is important to note that blurred vision or corneal haze require urgent referral to an eye specialist.

Allergic conjunctivitis symptoms may be:

Treatment depends on severity and cause of symptoms

Identifying and removing the cause of allergic conjunctivitis, where possible, is ideal when an allergic cause has been confirmed from allergy testing. For example:

It is also important to exclude the presence of a foreign body such as dust, wood chip or an insect/s.

Symptoms of allergic conjunctivitis are generally mild to moderate and respond to bathing eyes with cold water, ice packs and cold water compresses. Topical lubricants can also help flush allergens from the tear film. However, symptoms can sometimes be extremely severe and debilitating and require medication. Treatment options include:

Inflammation of the cornea can also be associated with allergy

The cornea has very few blood vessels (that is why it is clear), and is seldom involved in an allergic reaction. However, there are a number of causes of small pinpoint defects in the cornea, a condition called epithelial keratitis, which is usually due to drug and chemical exposure, for example:

Specific conditions involving the cornea, which are associated with allergy are listed below.

An allergic reaction (including anaphylaxis, the most severe form of allergic reaction) to a food, insect sting or bite, or medication may cause eye symptoms with swelling, itching and redness of the conjunctiva and soft tissues around the eyes. Individuals who are at risk of anaphylaxis should be referred to a clinical immunology/allergy specialist.

Eating of foods containing monosodium glutamate or the preservative sodium metabisulfite will occasionallycause swelling and redness of the eye. However this is not a true allergic reaction and therefore symptoms will be less severe. 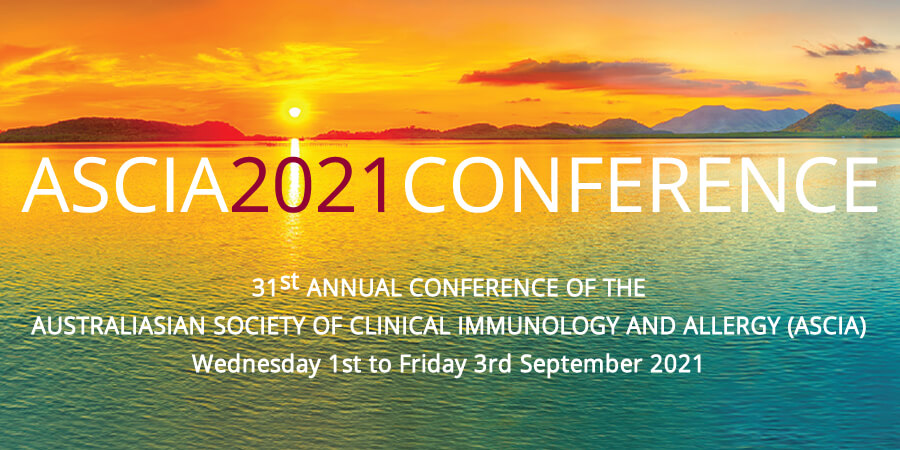